“A Night of History” Presented by Brock Live Events 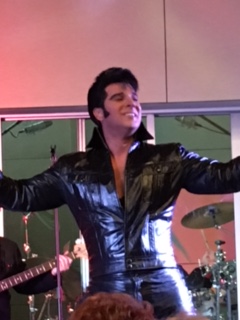 “High energy, great ballads and performances to keep you on the edge of your seat”

That’s the promise from 2014 Ultimate Elvis World Champion Jay Dupuis, who returns to Canada in May for “A Night of History at Sun Records” presented by Brock Live Events.

Jay will be joined on stage by 2015 Images of the World Champion, Brycen Katolinsky, and Broadway World Best Supporting Actor, Jefferson McDonald, as Jerry Lee Lewis. It is coming up May 17th at the historic Orillia Opera House.

Jay (who is also a new dad) is anxious to return to Canada, where he finds the people “just nicer and kinder” than in the U.S. He finds the Canadian people “more reserved and just not so in-your-face”, but Elvis fans are “all great and welcoming” wherever he travels.

He hasn’t watched all the episodes of CMT’s mini-series “Sun” (not yet available in Canada) but says it is “not a true telling”. For instance, Elvis was “dirt poor and didn’t have a motorcycle back then . . . There were things they needed to do to tell a TV story”. 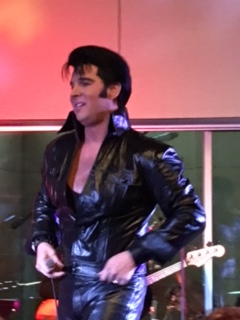 What fans will get in this live event is the music, pure and simple, sure to “rock the house”. Aside from the raw 50s performances by Brycen and Jefferson, fans will be taken to Elvis in 1970 when he was in “great shape and moved a lot” as Jay re-enacts “That’s the Way it is”.

Winning the Ultimate Elvis contest in 2014 remains the highlight of Jay’s professional career. The boost has given him the opportunity to portray Elvis full-time, touring around the world. It also means he is on a continual diet and he will never compete again because “you can only go down from there!” He considers himself to be very fortunate and gives “150 thousand percent” every performance because of his genuine love for Elvis. “I owe it to Elvis to be my best and look my best. If Elvis were portraying me, I’d want that same respect”.

(In our next blog installment, Jay offers some pointed and interesting tips for other ETAs and discusses how he feels Elvis’ legacy will continue.)


Please expect a response within 24 hours of your inquiry.

We are always interested in new artists big or small. We aren’t here to sell cheap quality shows. You will get what you pay for with us!! Check out our testimonial page and see we take care of ours.
Brock Live Events